The Queen’s Award for Voluntary Service has been awarded to Bosom Pals (MK) in recognition of the amazing work they have done for Milton Keynes cancer patients and services, including contributing to MKUH’s Breast Care Unit and the new Cancer Centre.

It is the highest accolade a voluntary organisation can achieve in the UK.

Since being founded in 1991 by two breast cancer patients with the help of MKUH’s Breast Care nurse, the group has grown to 85 members who lend friendship and support to women and their families during and after breast cancer and, more recently, those with a gynaecological cancer.

Jaff Newton, who joined Bosom Pals (MK) in 1992 and has been President of the group since 2012, was thrilled to learn of the award.

She said: “Being nominated and now given this recognition for what we are trying to do is a privilege. We are really grateful for all the local support and generosity of the Milton Keynes population and we say a huge thank you to the staff of MKUH for being there for us.”

The Trust’s new Cancer Centre opened in March, giving cancer patients in Milton Keynes much more space to be able to receive their treatments safely during the pandemic. As President of Bosom Pals (MK), Jaff was invited to join the Cancer Centre Project Board during the period of its design and construction.

Jaff said: “Having cancer can be a very lonely time, in spite of family and friends. It is a huge learning curve with a whole new language to understand apart from adapting to a new way of life. Every member brings something to the group that is often practical and they take away perhaps some peace of mind and the understanding that there are choices that can make a difference. Just listening and signposting are all that is needed.

“Patients have really appreciated having the Cancer Centre during the pandemic. The surroundings are spacious, it is comfortable and clean and it feels safe and has easy access. The Aseptic Pharmacy means fewer delays and there is an actual viewing window and the pharmacists can answer concerns.”

The Cancer Centre was only the latest in a line of service improvements in Milton Keynes to which Bosom Pals (MK) has contributed.

Jaff said: “Over the years we were fundamental in the formation of MK Cancer Patient Partnership in 2002 and, as a result, two members were invited to sit on the MKUH Cancer Board.

“We also became members of the Thames Valley Cancer Network patient representatives group and have attended national cancer conferences. We introduced the age 70+ breast screening card to remind women they should self-refer after their last official appointment and we renew the supply of cards as needed. As patient representatives we attend the Breast Improvement Group and the Thames Valley Cancer Alliance Breast and Radiotherapy Group and now East of England Cancer Alliance Patient Advisory Board. So we are involved across the board in MK.

“We use any money that is kindly donated on our members, sending flowers, cards and, for members with special problems – two-day breaks at the Grove Hotel in Bournemouth. A priority is goodie bags for breast and gynae cancer patients after surgery. We also arrange a summer barbecue and a Christmas party for members (when circumstances permit!). If we do have any money surplus, we have given donations to the new Cancer Centre, the Breast Care Unit and Willen Hospice because they play a vital role in our care.

“We will continue to care, making the most of the diversity within the group and ensuring that our knowledge is shared so that Bosom Pals can continue until there is no longer a need.” 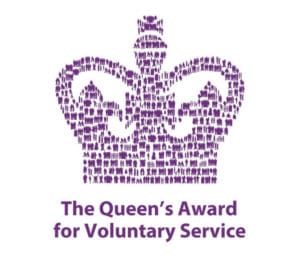