Over a month ago, Nick Clark was discharged from Milton Keynes University Hospital and reunited with his family after having recovered from COVID-19.

Nick went from a ventilator in Intensive Care to leaving the hospital for home in just 14 days, having made a speedy recovery thanks to the love and compassion from his family and staff alike.

His story is one of hope, following a worrying time for him and his family.

Having been admitted to the hospital and tested positive for COVID-19, Nick’s condition was critical. He spent nine days in Intensive Care being ventilated under sedation before being moved to an isolation ward.

When he arrived on the ward he was still very unwell and was feeling anxious. He had been fitted with a catheter, feeding tube and remained on oxygen. Still unable to walk, Nick started to receive treatment from our Physiotherapists.

Nick’s wife Sarah and his daughter Matilda were one of the first families to use the newly set up ‘Letters to Loved Ones’ service to send a message and some photos to Nick whilst he was in hospital. Sarah said that when Nick received this from his family, it really helped to lift his spirits. The letter read:

Me and mummy are missing you so much, mummy says the lovely doctors and nurses are giving you lots of medicine to make you better, I have saved my Ariel Lego for us to do together with your space one when you are all better and home.

We are so proud of you Nick and can’t wait to have you home with us for our pizza parties, we love you beyond measure and always will.

Your girls Sarah and Matilda xxxx”

Overnight, Nick’s condition changed dramatically. He was now able to feed and drink by himself and as each day passed he became stronger. He was also now able to get out of bed and sit in the bedside chair without help, which Nick was really pleased about as it helped him to slowly regain some independence.

A few days later, Nick’s catheter was removed and he was no longer having to rely on oxygen. After just five days on the ward, he was able to return home to his wife and daughter to fully recuperate from the virus and start the long road to recovery, with support from our Physiotherapy and Mental Health teams.

Nick has commented on his experience, saying ‘it’s easy to think it won’t happen to you but COVID does not discriminate. I cannot emphasise enough for people to take the government guidelines seriously. MKUH were simply AMAZING – from arrival to the hospital right through to this day with ongoing support from the Physiotherapists and Mental Health team. I’m forever grateful.’

Staff Nurse Vykky Searle-Prestidge looked after Nick whilst he was an inpatient on Ward 21, she thought it was amazing to see how quickly Nick had recovered from the virus.

Vykky said “Nick was very unwell when he came onto the ward and after just five days of being on the ward he is able to go home. It is so nice to be able to send people back to their families”.

Nick’s wife Sarah kindly sent us some photos of Nick and Matilda being reunited and enjoying some time in the sunshine.

Sarah said: “We are so happy to have Nick home. The nine days he was on a ventilator were incredibly tough and I thank MKUH from the bottom of my heart for what they have done and continue to do. We are forever grateful”.

Nick’s daughter Matilda added: “It made me sad when Daddy was in hospital. The nurses and doctors gave him lots of medicine to make him better. He was so brave! Thank you.” 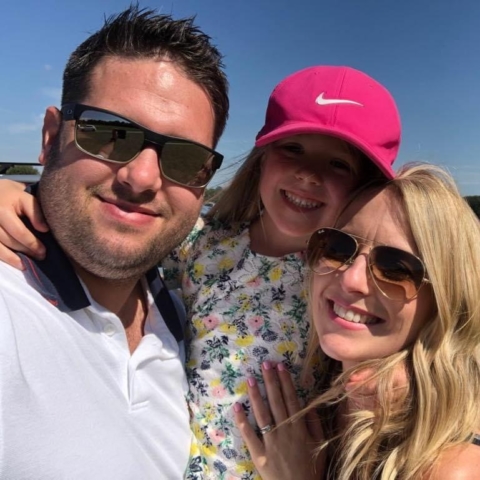 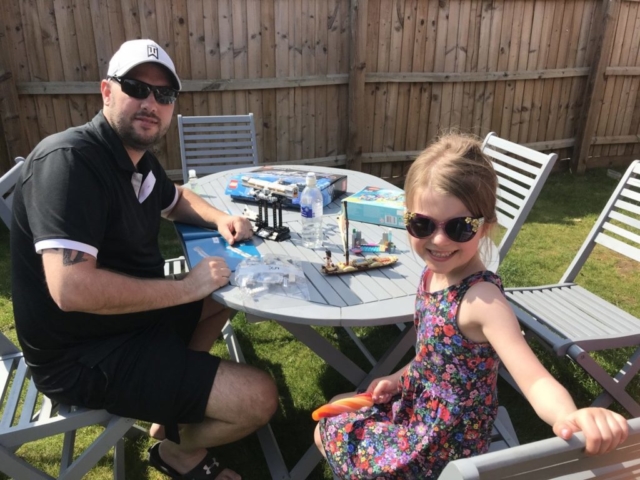 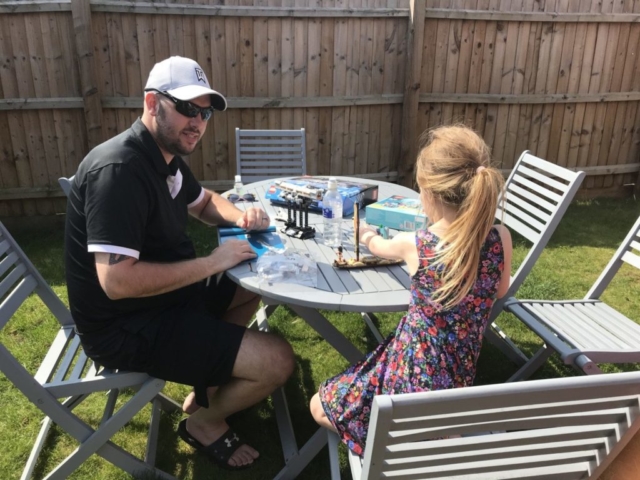 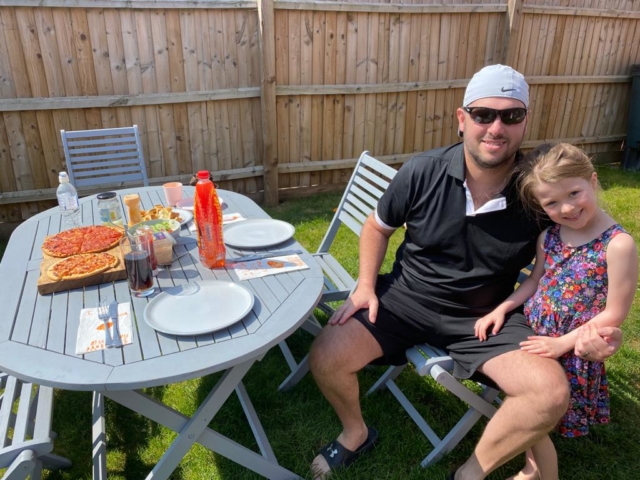 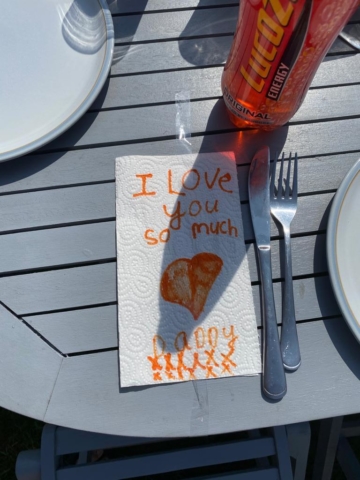