Our Council of Governors (CoG) is made up of representatives from public and staff constituents, as well as various stakeholder and partner organisations.

Governors provide a vital link between members of the public, hospital staff and the Trust Board, ensuring that the ideas, feedback and concerns of local people are listened to and taken forward. Their role is key in ensuring the Trust makes continuous improvement and meets the needs of the people that use local services.

There are 26 governors who make up MKUH’s Council of Governors.

There are also 4 appointed governors who are nominated by stakeholders such as the local authority, or other organisations.

The Council of Governors meets formally with the hospital’s Trust Board four times a year. In between these, informal meetings are held.

We see the council as our critical friend and guardian of our values. Collectively and individually its role is vital as it acts as a link to the hospital community by:

The council also has specific powers and holds the Non-Executive Directors to account for the performance of the Board of Directors. Its duties include:

The Chair of the Council of Governors plays a pivotal role as they are also the chair of the Board of Directors.

The next governor elections take place in January 2021.

I was a social and community worker in Northern Ireland until 1986, when I moved to Milton Keynes to work for the Development Corporation. In MKDC I led a social development team that worked with colleagues in other statutory and voluntary organisations to develop MK’s social infrastructure, including the health, education, social and other community services required to meet the needs of a growing population.

I am a fellow of the Royal Society of Arts, former director of the UK’s largest mental health charity, Chief Executive of a membership disability charity, Chief Operating Officer and Chief Executive of a major voluntary sector provider of substance misuse treatment services. As an experienced and innovative voluntary sector leader, I have particular expertise in stakeholder engagement, social value analysis and change management.

Currently a charity management consultant and trustee of a number of local and national charities, I have well developed senior leadership, corporate governance and risk management skills and am keen to sustain work with all of the Trust’s stakeholders to ensure that our services, structure and working relationships are fit for purpose and the future.

I began my professional life as a BBC producer and was a founder member of the Open University. I worked for the United Nations (UNESCO) for twenty-five years, initially in Asia and later in Paris, where I became Director of the Communication Division before establishing a new programme for Eastern Europe in the early nineties. Subsequently I became an independent consultant, undertaking assignments for international agencies including the European Commission and the World Bank. In retirement since 2014, I am active in civil society, where I have a particular interest in integrated health and social care, primary care and acute care. I was Chair of my local Patient Participation Group for three years and a founding Trustee of Healthwatch Milton Keynes, where I am currently a Deputy Chair.

This interest led me to become a Public Governor of Milton Keynes University Hospital in 2016. It became even more personal when, in 2018, I received a living donor kidney transplant at the Oxford Transplant Centre, and I later became a Council member of the East of England Clinical Senate and the Patient Council of the Renal Association. I hold a PhD in communication.

A Governor since November 2018, I have lived in Milton Keynes since January 1972 when I moved here from the Midlands to work on the development of Milton Keynes. My work involved the supervision of many construction projects of varying types and interaction with incoming residents. My philosophy was that we were building a place for people to live and work and where they would develop their homes, so we needed to think in terms of would WE want to live here and thus I encouraged my team to think in those terms and ask if they would be proud to put their name to what was being done, and if not why not? Later I was involved in the demolition of tower blocks in London and the replacement with proper housing, again creating safe places for people to live. To me it is important to not only understand the rules but also to ensure that their purpose is achieved to the benefit of those for whom the work is actually intended.

I am to support and encourage the team at the hospital by observing and positively challenging what is done for the patients. 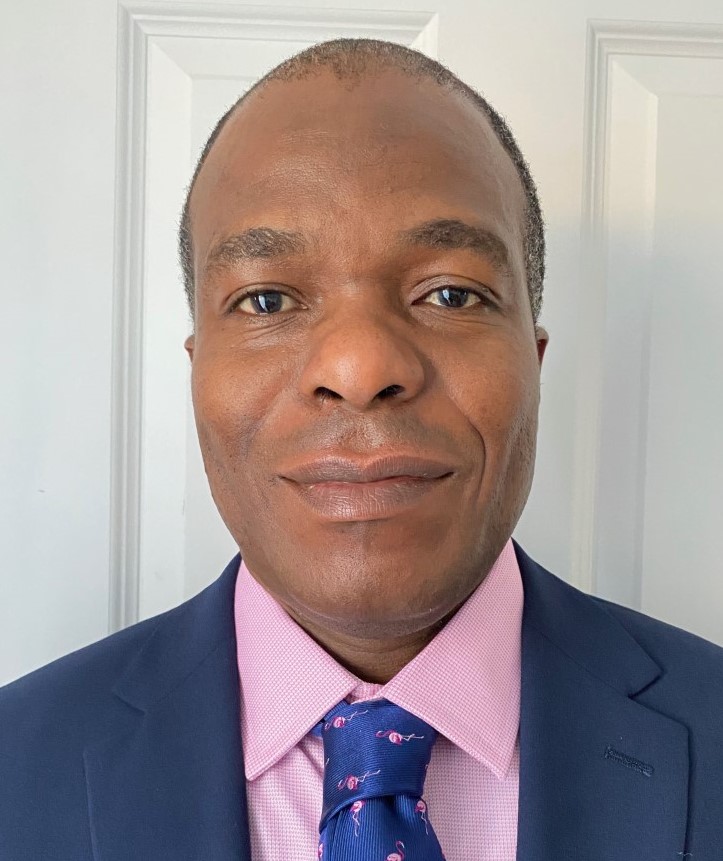 I am a Managing Security Consultant with over 30 years’ experience. I have a great drive for success and achievement, have won several international awards and have worked in many parts of the world. I easily relate with people of diverse cultures from multicultural settings. I consulted for the European Union Institutions for almost six years while concurrently serving as the CISO of other consulting companies in the UK.

My childhood dream was to be a medical doctor. I love caring for people and am passionate about people’s needs being met. I don’t like seeing people suffer, hence I go the extra mile to support where I can. Incidentally, I now care for people in a different way as a Cyber Security Consultant.

I stood for election and became a Governor in March 2020 because I believe I can support the good work being done both from my professional and personal perspectives. I want to be a voice for my constituency and be able to air the views of many who use the hospital services.

My expectation is to support the Board of Governors and the Trust as much as I can to achieve the laudable goals of patient care. 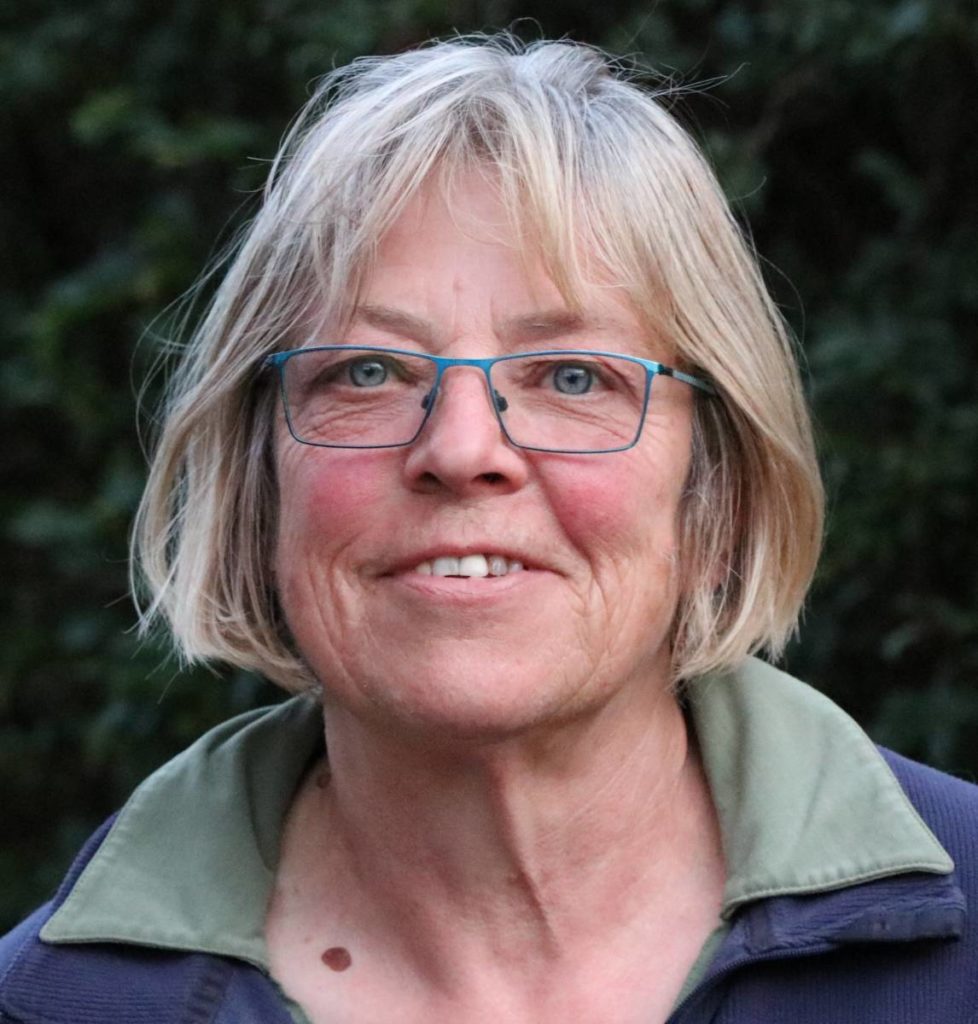 I qualified in commercial horticulture in the Seventies. I have worked for the Farmers Weekly and international companies advising growers and farmers, training staff, growers and communicating with the press in a number of managerial roles. I was a Nuffield Farming Scholar in the Eighties and chair of Hertfordshire Young Farmers. I became involved with the hospital when I was admitted after a serious car accident. I wanted to give something back so I joined the Friends of Milton Keynes Hospital & Community in 1987. The most rewarding part of this has been taking the paper and goodies trolley around the wards. The Friends shop opened when the hospital opened in 1985 and I have been involved with it since 1987. I became a governor because I am passionate about the hospital and under normal circumstances have contact with patients and staff on the wards giving a slightly different background to most public governors.

I have lived in Milton Keynes for 46 years and been helping to volunteer at the hospital for almost 40 years as a member of MK Friends charity. I care very much about the hospital and the staff and in my volunteering role I have been able to meet people, especially nurses, and become friends with them. I’m very interested in what they are doing and how they are doing it. It’s about being kind and helping them and the hospital in any way I can. I have been a governor of the Trust before and I was re-elected in 2020. I have been a patient at the hospital several times too and this gives me a different perspective too. I have taken part in the 15 Steps Challenge at MKUH and was the Winner of the Volunteer of the Year category at the Trust’s 2019 Staff Awards. I am a member of the ‘Beyond the C’ Choir, am involved in P2P (Peer-to-Peer) and I am Vice-Chairperson of MK Friends Shop based inside the hospital.

My wife is Dr Sherly Mathews, a histopathologist at MK, and my two daughters are also in the NHS – one at John Radcliffe Hospital as a Senior Registrar in Anaesthetics, and the other as a GP trainee at Frimley Park Hospital.

I am a partner with a well known regional firm of solicitors.  I have been a solicitor for 20 years and I specialise in employment law, and from time to time represent clients at inquest hearings before the Coroner’s Court.  I became a governor in 2016 as a governor appointed by Milton Keynes Council, as at that time I was a councillor. When my term of election ended in 2019, I chose not to stand as a councillor again. However, I was invited to remain as a governor of the Trust as a representative of the business community. Outside of work, I am a director of a local charity. I enjoy long distance running and have practiced Tae Kwon-Do for the last 35 years. 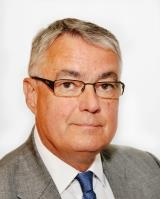 I represent Milton Keynes Council on the Council of Governors at MKUH. I’ve been a Milton Keynes councillor since May 2018 and am Vice Chair of the council’s Health and Adult Social Care Scrutiny committee. My interest in health, and the connection between health and social care, led me to join the hospital’s governors. I’m keen to strengthen the relationship between the hospital and the council’s social care teams, and to see the hospital expand as Milton Keynes continues to grow. Before retiring a few years ago I worked as Director of Development and Production at the Open University and my career was spent largely in educational publishing and media production.

If you would like to attend any of these meetings, or if you would like more information about the Council of Governors, please email the Foundations Members inbox at [email protected]

Council of GovernorsIn this section