Christina Riley, a staff nurse from Milton Keynes University Hospital, was recently announced as the deserving winner of the Emergency and Critical Care Award at the Nursing Times Awards 2017.

In a glittering ceremony held at the prestigious Grosvenor House, Park Lane on Thursday 2 November, nurses and organisations from across the profession were honoured across 23 categories at the Nursing Times Awards in a night of recognition dedicated to celebrating exceptional achievement.

Following a rigorous judging process, Christina emerged as the winner of the Emergency and Critical Care Award for her work on the Hug in a Bag project. This aims to support women who have attended the Milton Keynes University Hospital emergency department after unfortunately suffering from a miscarriage. 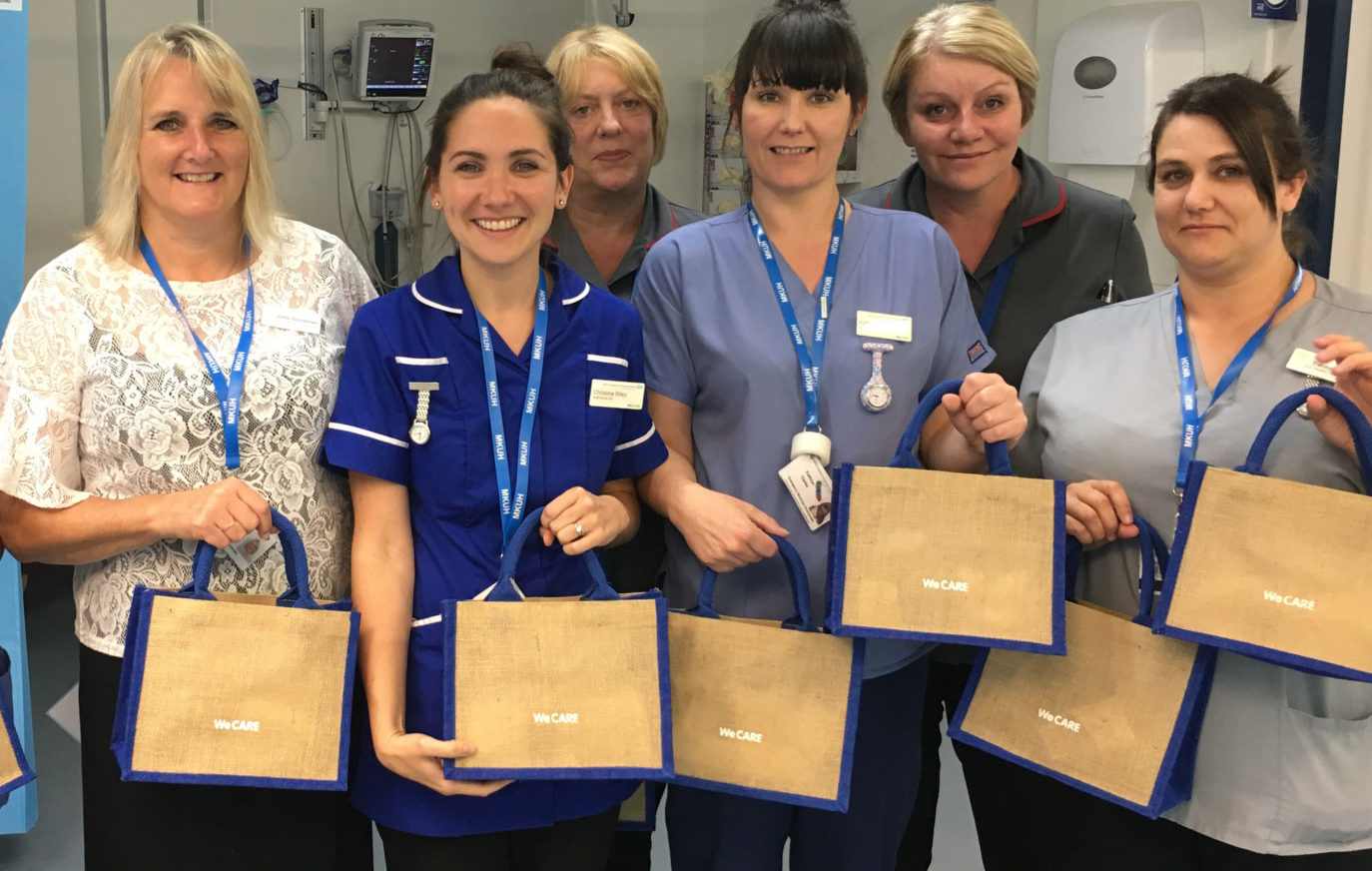 Christina and the ED team

The judges praised the initiative for being a simple, adaptable, transferrable and patient-centred project. They further described the idea as being thoughtful which took into consideration the privacy, dignity and human aspect of patient care.

Christina, now a Palliative Care Discharge Nurse at Milton Keynes University Hospital said, “I would like to say a huge thank you to everyone that has been involved in bringing this project to life. What started off as a nursing preceptorship concept to support patients at MKUH has been elevated into something that could be used to help women right across the country. The whole of the team working in the Emergency Department is delighted to be crowned the winner of this award and am thankful that the bag is able to offer some comfort to patients during their time of need.”

Editor of Nursing Times and the host of the awards, Jenni Middleton, said “This was a very special Nursing Times Awards. Nursing is not just about some of the high-profile images of the profession you see in the media, such as the life-saving work of theatre nurses and the emergency and critical care provided by A&E nurses. It’s also about nurses helping to prevent ill-health, managing long-term conditions and supporting the most vulnerable people in our society to live independently and as they would wish.

“The Nursing Times Awards shine a light on these areas of the profession that we don’t see as much in the media. But sometimes, nursing is about rescue – and this year as well as our awards for the clinical specialities, teams and individuals who are pioneers in their fields, we have honoured the 11 trusts involved in providing a response to the London and Manchester terror attacks this year. These nurses have shown the NHS at its very best, and it is right we pay tribute to their bravery and dedication in caring for the victims of those attacks and their families. We are proud to offer those 11 trusts each a Special Recognition Award.”

Following their 27th year, the Nursing Times Awards are the most respected and relevant awards in the nursing and healthcare sector, representing true excellence in nursing and patient care.