Our new Maple Centre opened on Monday 31 October and is designed to deliver an integrated approach to Same Day Emergency Care (SDEC) for patients, with access to an acute medical assessment ward on the upper floor.

SDEC is the provision of same day emergency care for those patients being considered for emergency admission and enables individuals to receive the treatment they need, without being admitted into the hospital. A number of existing teams have moved into the Maple Centre to provide these services for patients, including the Ambulatory Emergency Care Unit, Bridging Clinic, OPAT and VTE Clinic, as well as Emergency Surgical Clinic. These specialities had previously been provided in the Willow Unit, opposite ward 16 or Acorn Suite in our Emergency Department.

This new co-located SDEC service is available on the ground floor of the Maple Centre, aiming to prevent admissions and facilitate early discharge for Medicine, Surgery and Frailty patients.

Patients coming into the SDEC service at the Maple Centre are by referral only and we expect referrals from South Central Ambulance Service (SCAS), GP’s (inclusive of MK Urgent Care Centre) & 111. Patients may also be redirected from the Emergency Department if our clinical teams believe care would be more effectively provided in the new facility.

Operational hours for SDEC will be as follows:

For patients arriving out of these hours, you will be referred directly to the Emergency Department for triage and initial treatment.

As a result of the opening of the Maple Centre, there have been several ward moves take place across the hospital. These moves are as follows (and are highlighted in the graphic below): 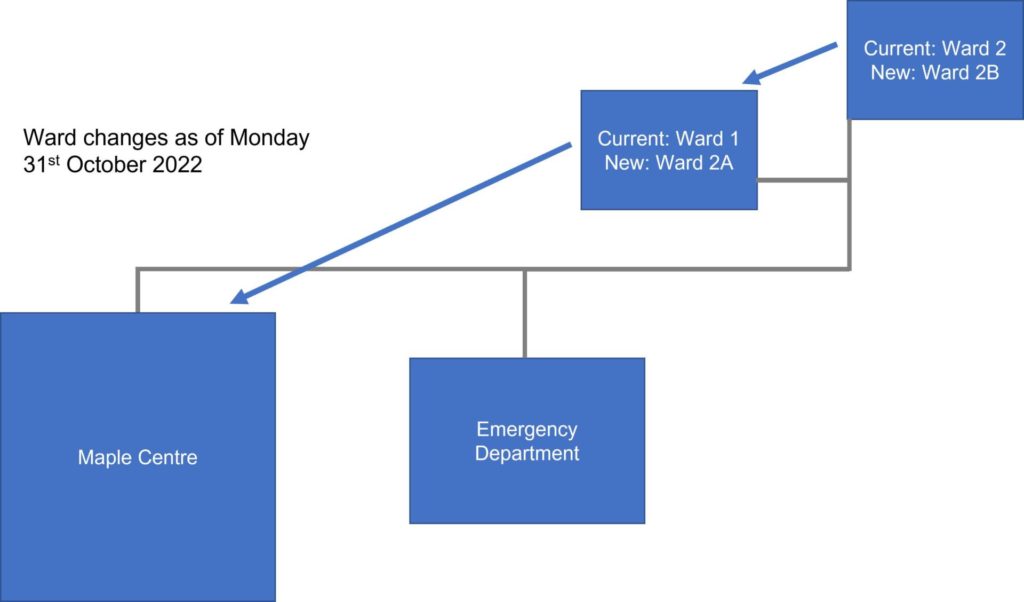 The new facility is a result of a significant amount of work over the last few years with teams both at the hospital as well as in the community and has involved great collaboration and communication with local health and social care partners.